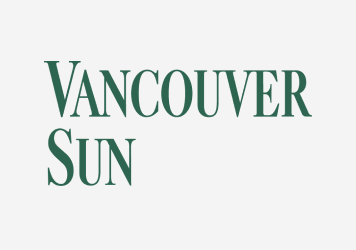 
The idea of printing off a 350-square-foot studio unit that someone will call home, in under 24 hours, still sounds like something out of a sci-fi film, and yet, in a factory in Oakland, Calif., this is what’s happening.
Mighty Buildings were founded in 2017, focussing on the Accessory Dwelling Unit (ADU) market — secondary dwellings on residential lots (backyard studios, starter homes, Airbnb units and the like) — using the latest in 3D-printing technology to address California’s housing shortage, says Sam Ruben, Mighty Buildings’ co-founder and chief sustainability officer.

“We’re using 21st-century technology to address the 21st-century housing crisis. We’ve developed a proprietary material and printing system that allows us to print and match up the floors and walls, and also the roof,” says Ruben.

The material they’re using to create these buildings cures quickly, and allows for freeform architecture, says Ruben, in that it supports its weight.

“You end up with a monolithic structure that’s very strong and very energy efficient,” he says.

Before joining Mighty Buildings, Ruben worked as a sustainability consultant, helping companies optimize their building efforts and reduce their waste and water consumption.
Sustainability is one of the key driving factors in using this printing technology, he says.
“We really want to eliminate the three to five pounds of waste per square foot that goes into the landfill in a traditional build, and we’re able to do that with 3D printing because we’re able to print exactly that and nothing more,” he says.
Most housing construction happening today relies on the same technology people have been using for hundreds of years, says Ruben.
“You could take a builder from a 1900s building site and drop them on a site today, and they’d know what they’re doing pretty quickly. You might be using a nail gun instead of a hammer, but you’re still using nails,” he says.
There are advantages to using 3D-printing technologies, says Ruben, because not only do they cut waste but also the cost of building.


“Here in California, an average home build costs US$327 per square foot. We’re able to reduce that up to forty-five per cent,” he says. In California, like so many other places, there is a severe shortage of skilled construction workers, which is one reason building is costly. “We’re not seeking to replace jobs, we’re looking to help the existing labour force build more, and we’re looking to do that by letting them focus on parts that really make sense for humans to do, and letting the 3D printing and robotics do the more dangerous and complicated aspects,” says Ruben.