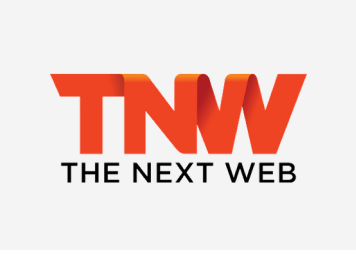 Houses in California that would sell for $350K anywhere else in the country regularly start at $1M. And if you’re a renter, forget about it. You’ll pay thousands a month for a part-time share in a studio apartment.

But that’s not the housing crisis we’re talking about. The more concerning one is the homelessness problem in California and around the world.

However, that’s not a very sexy topic so let’s split the difference. Mighty Buildings is a company that might just be able to directly address both.

Mighty Buildings is a startup that just came out of stealth to 3D-print homes. They’re not the first company in the mix;and there’s no super-fancy tech gimmick at play here (nobody’s promising you free housing in exchange for your data or some crap like that).

The company emerged last month after raising $30M in venture capital from YCombinator and others. What’s most interesting about Mighty Buildings offerings is that they can be built to custom specifications, up to code in California, incredibly quickly. And they’ve also created novel printing techniques and automated as much as 80 percent of the production.

According to the company’s  website, prices start around $100K for an energy-efficient, environmentally friendly, studio-sized apartment.
Sam Ruben, Mighty Buildings’ Co-Founder and Chief Sustainability Officer, told TNW that demand for the product was high already:

We are actually seeing increasing interest for our offerings now that we have launched out of stealth. We stayed in stealth as long as we did to focus on our R&D to get to the point where we felt we could live up to the excitement & hype that our technology has understandably created. It also allowed us to focus on the regulatory side of the equation to make sure that we were in a place where our units can be delivered anywhere in California and easily translated to other states.

But again, this seems like a great solution for big tech companies looking to plop down a bunch of units to solve their highly-paid employees’ housing problems. What about the greater good?
We asked Ruben why the government wasn’t pouring money into companies like theirs. After all, fighting homelessness is supposed to be a top priority for California and the world at-large and this seems like a tailor-made solution. Unfortunately the wheels of government move slowly.
Ruben explained:

There are definitely grant programs such as SBIR and other government programs to support these type of solutions. However, in many cases the funding cycles can be slow and depending on the grant there can be limitations to how it is spent, IP implications, and other issues that led us to decide that in our case we were better served going the route of being venture backed in order to achieve our challenging goals. By going the route we did, we were able to go from a tabletop printer to fully-permitted units in 2.5 years with our first units delivered to customers in less than 3.

Mighty Buildings has already delivered two fully-functional units and is working on filling numerous orders. We reached out to Governor’s office to see if the state was investigating 3D-printed buildings as a potential means to address the homelessness problem in California now that there’s a fully-permitted option available, but didn’t receive an immediate response.
For more information on Mighty Buildings and its custom offerings check out the startup‘s website here.